A Happy Haunting BOO to you!!

I finally had some time to craft! Well, a couple of hours to whip up a few things to share. I'm a sucker for Hallowe'en so it's no surprise that I had to play with this one first! I used the new Boo to You Framelits Dies paired with Happy Haunting Designer Series Paper and the Spiderweb Doilies. 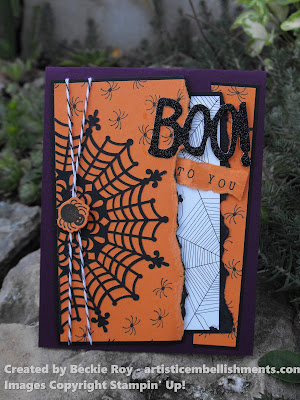 I ordered the new Square Pillow Box Thinlits Bundle with the A Little Something stamp set, which I used as the background on the Pumpkin Pie layer. I wanted to add in some of the Happy Haunting Designer Series Paper, the one with the spiderwebs worked great since I was going to use the Spiderweb Doilies. 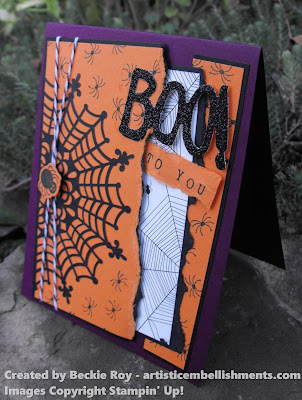 I went with a base of Blackberry Bliss card stock which adds a nice contrast to the Pumpkin Pie and helps the very vanilla designer paper pop! 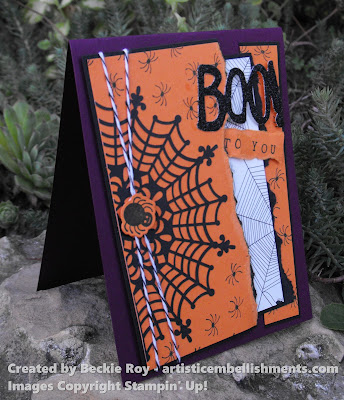 I added the spiderweb doily with the new Fine Tip Glue Pen. It has a super micro tip perfect for detailed die cuts like this doily. For some final touches, I added some Basic Black Baker's Twine and a cute little spider on the web. 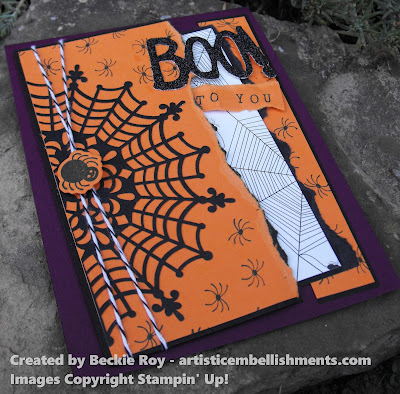 The BOO! is from the Boo to You Framelits Dies cut out with Black Glimmer Paper. LOVE THIS PAPER!!! The framelits, except the BOO! which coordinate with the Howl-O-ween Treat stamp set (I only used the spider from the set). I made the "to you" with the Alphabet Rotary stamp to create add to the die cut sentiment. 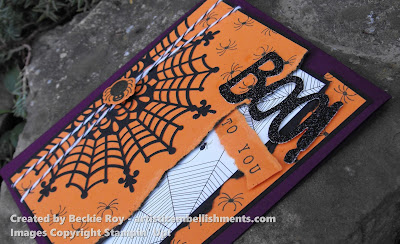 I purposely added torn strips, it adds a nice effect and it works well for a Hallowe'en inspired card! I hope you like my card, enjoy the rest of the weekend! Stay tuned for some more Hallowe'en projects next week!! 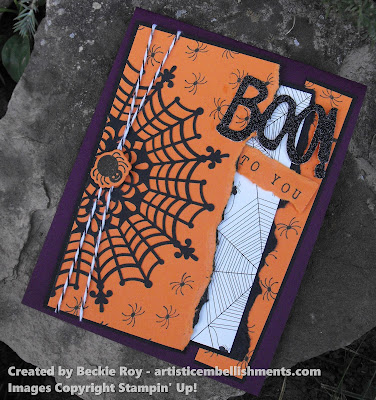 Thanks for stopping by, happy stamping!
Beckie