Hello.... I have THREE main vices.

I love all three equally and am totally obsessed with all of them! None of these things are bad, they are just things I just couldn't live without... besides people, pets... you know the usual stuff!

I have a habit of taking too many photographs - and never doing anything with them! I'm sure many of us are guilty of just that too! So I decided to pull out some of my photos from some of the concerts I've attended and make some layouts, for this one it's from a show I attended back in 2012. I went to see the band Garbage! They had been on a 7 year hiatus as Shirley Manson, the singer pursued acting. The drummer, Butch Vig actually produced Nirvana's 'Nevermind' album... that's pretty awesome!

Check out my page... 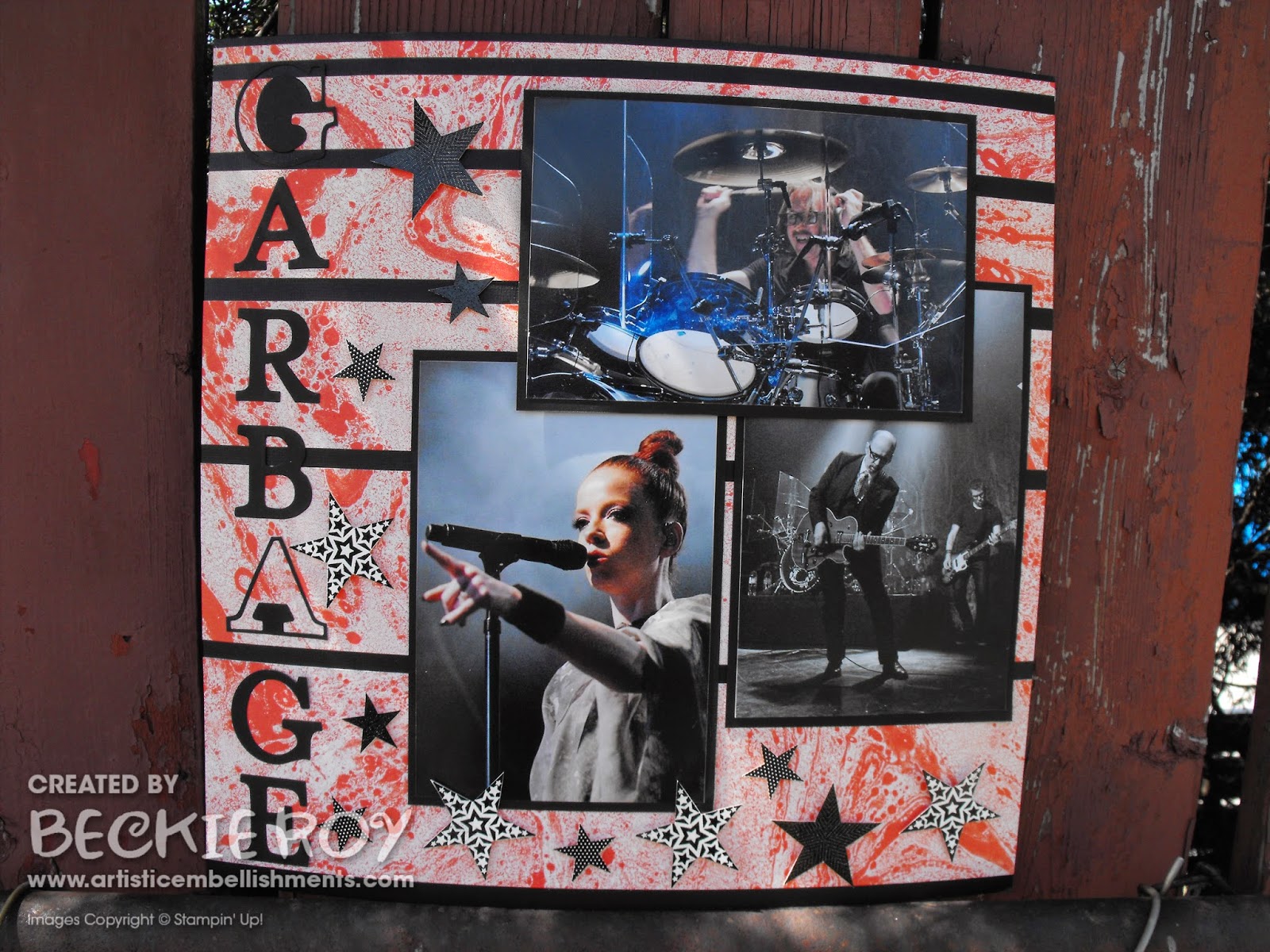 I started by cutting strips of the 'Venetian Romance' designer series paper (each size had a variance of 1/2" so it gradually got larger. I layered my DSP strips onto some Basic Black 12 X 12 cardstock. I cut the letters with the 'Typeset Alphabet Bigz'. 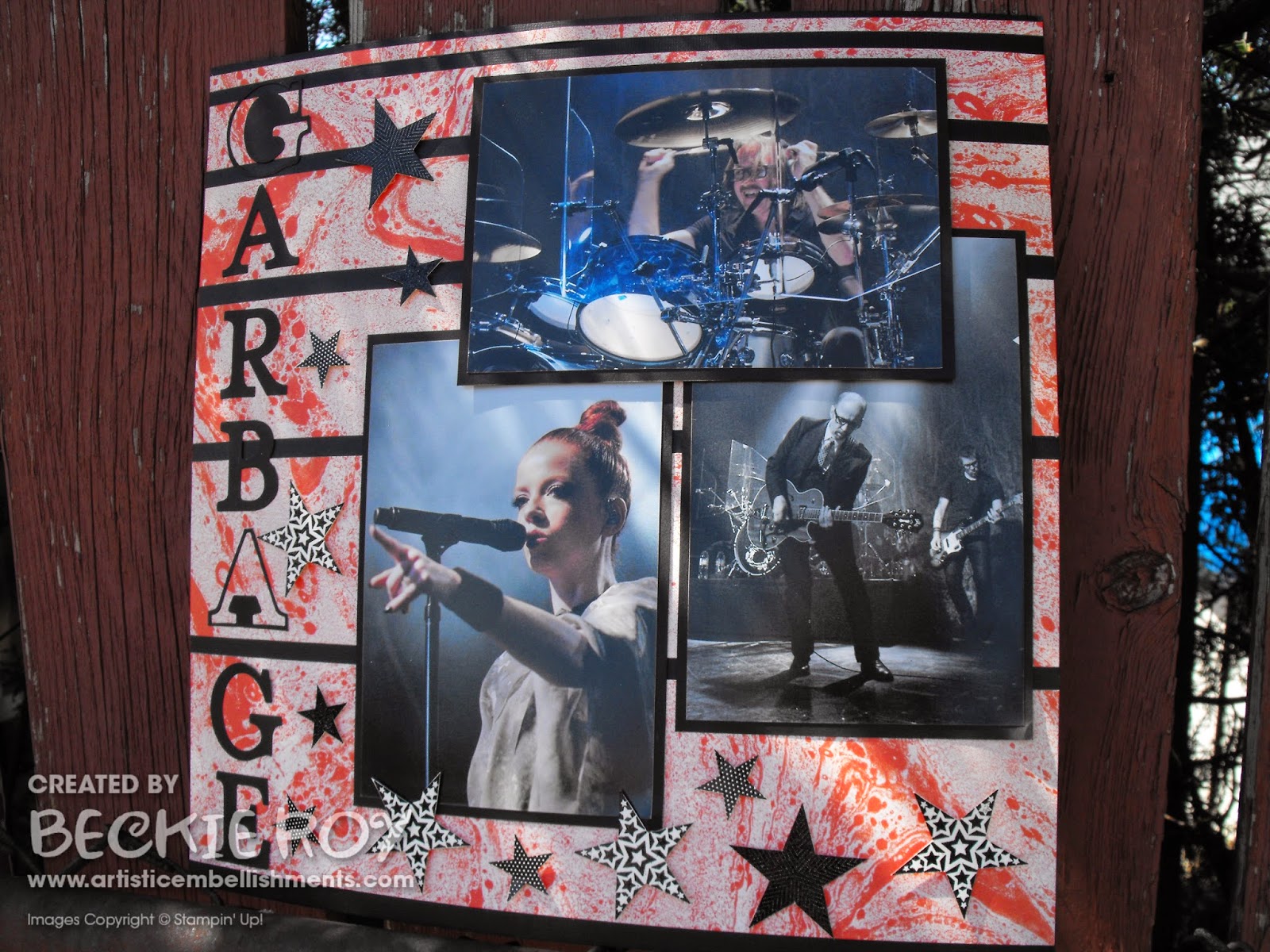 I chose to use some of the scraps left after cutting the letters and to trim around them to make an outlined effect for the first 'G' and the second 'A'. I like how it turned out! I then stamped a bunch of 'Simply Stars' and heat embossed with Black embossing powder and hand cut each star. I popped the stars up on dimensionals. 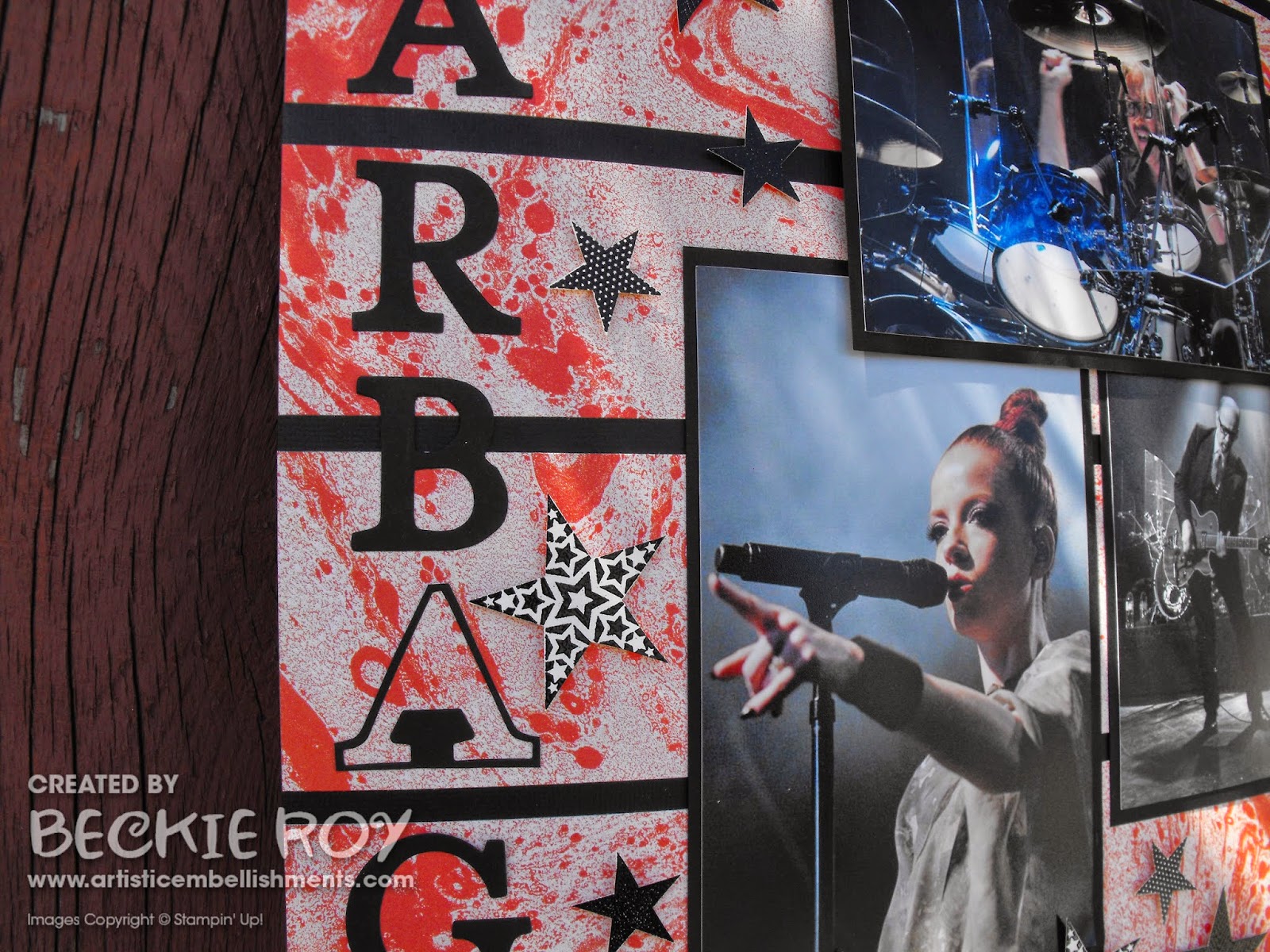