Hi there, it's a holiday here in Canada - Happy Thanksgiving to all those Canadian Peeps out there! I'm up bright and early before I head off to work (well I'm definitely early, we'll have to see about the first one later!?!) I know this isn't a Thanksgiving card, but I have another dancing Santa card today using 'Visions of Santa' to share. Those cute dancing Santa's just stay in my head and tell me to play, play, play.... and I always seem to say "okay!" I started by stamping one Santa onto a layer of Whisper White and coloured him in with Cherry Cobbler Blendabilities markers - the belt was coloured with a Basic Black Stampin' Write marker.
I stamped the sentiment... "may visions of Santas dance in your head" they sure will after using this set!!! I cut a piece of Basic Black for another layer and cut another on an angle with a piece of Cherry Cobbler for another. I embossed the Cherry piece with the 'On Point' embossing folder. I stamped two more Santas and fussy cut them out and coloured the same as the first. It still wasn't enough so I added some Santa & Co. designer washi tape - the one with the red and black lines, since it coordinated perfectly! But that still wasn't enough, so I blinged out my card BIG time! I added some Frosted Sequins in both sizes and some Rhinestones coloured with the Cherry Cobbler Blendabilities. Finally it was finished! Santa's at the discotheque.. what could be more fun than that!? 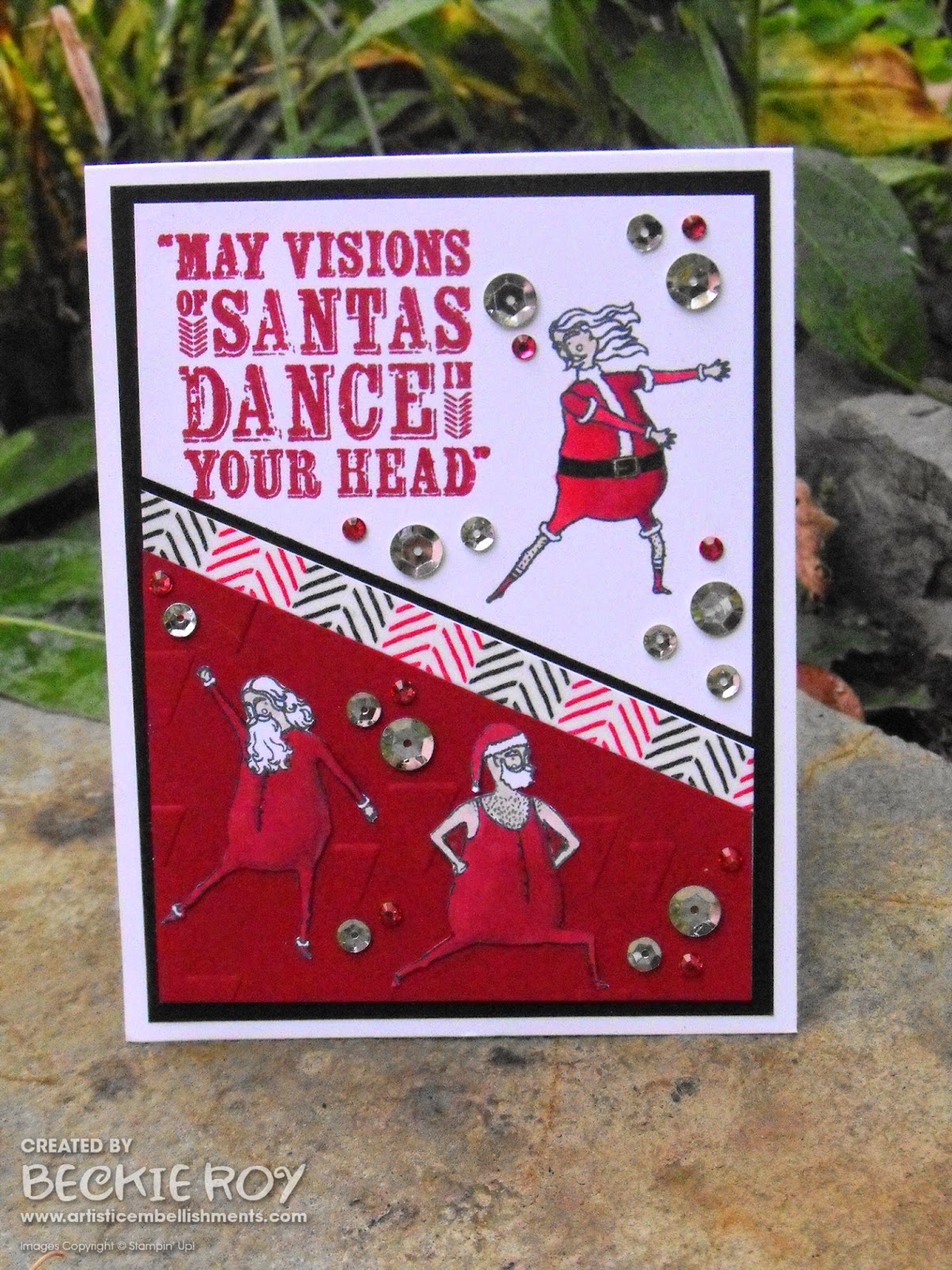 Thanks for stopping by, happy stamping!
Beckie
Posted by Unknown at 8:53 AM