Mischief is a 6 letter word?!

Hey there! What a beautiful day, sunny and rather warm!! I've been finishing up some of my scrapbook layout pages for my gallery wall for a while now and recently finished one of my pup Tucker. When I say mischief is a 6 letter word, I know it's not actually - I mean TUCKER, my dog! He has been known to get into a little bit of mischief... a.k.a TROUBLE! I thought I'd share this page now since the 'Typeset Alphabet Bigz' is retiring and won't be able to post it much later if it sells out - items are selling out quickly! I used a piece of the 'Kaleidoscope Designer Series Paper' - I didn't want to add too many elements, but the paper really gives a nice POP to the page, and by making the black border around the MISCHIEF sentiment it just jumps out at you!

I used some of my favourite photos of Tucker... he likes to get into things, you'll see what I mean! 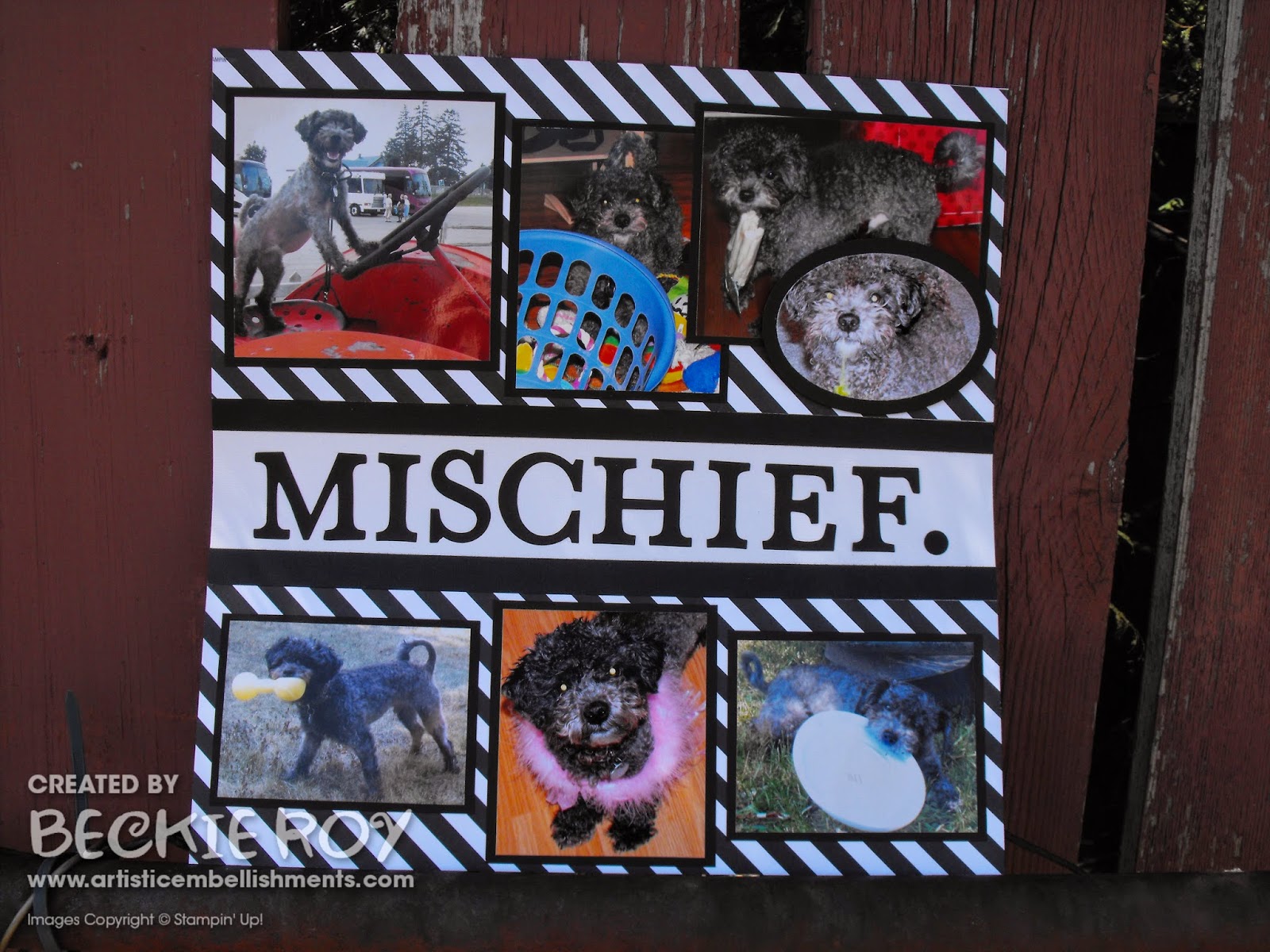 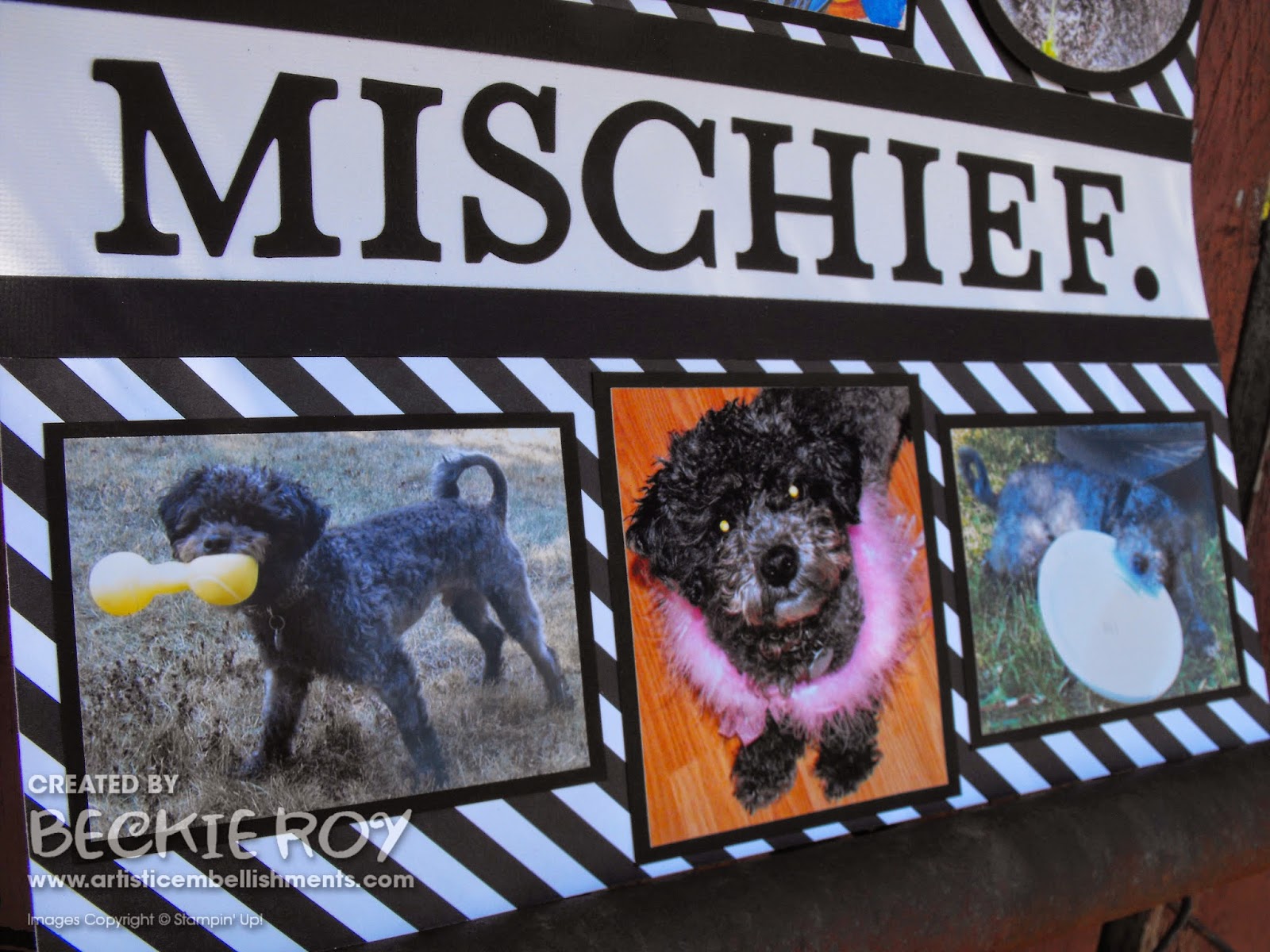 I think one of my all-time favourite photos of Tucker is while we were visiting my sister Aimee in St. Jacobs and I put Tucker on this antique tractor... he actually put his paws on the steering wheel and it looked as though he was driving it... too funny! A favourite photo for sure.﻿ 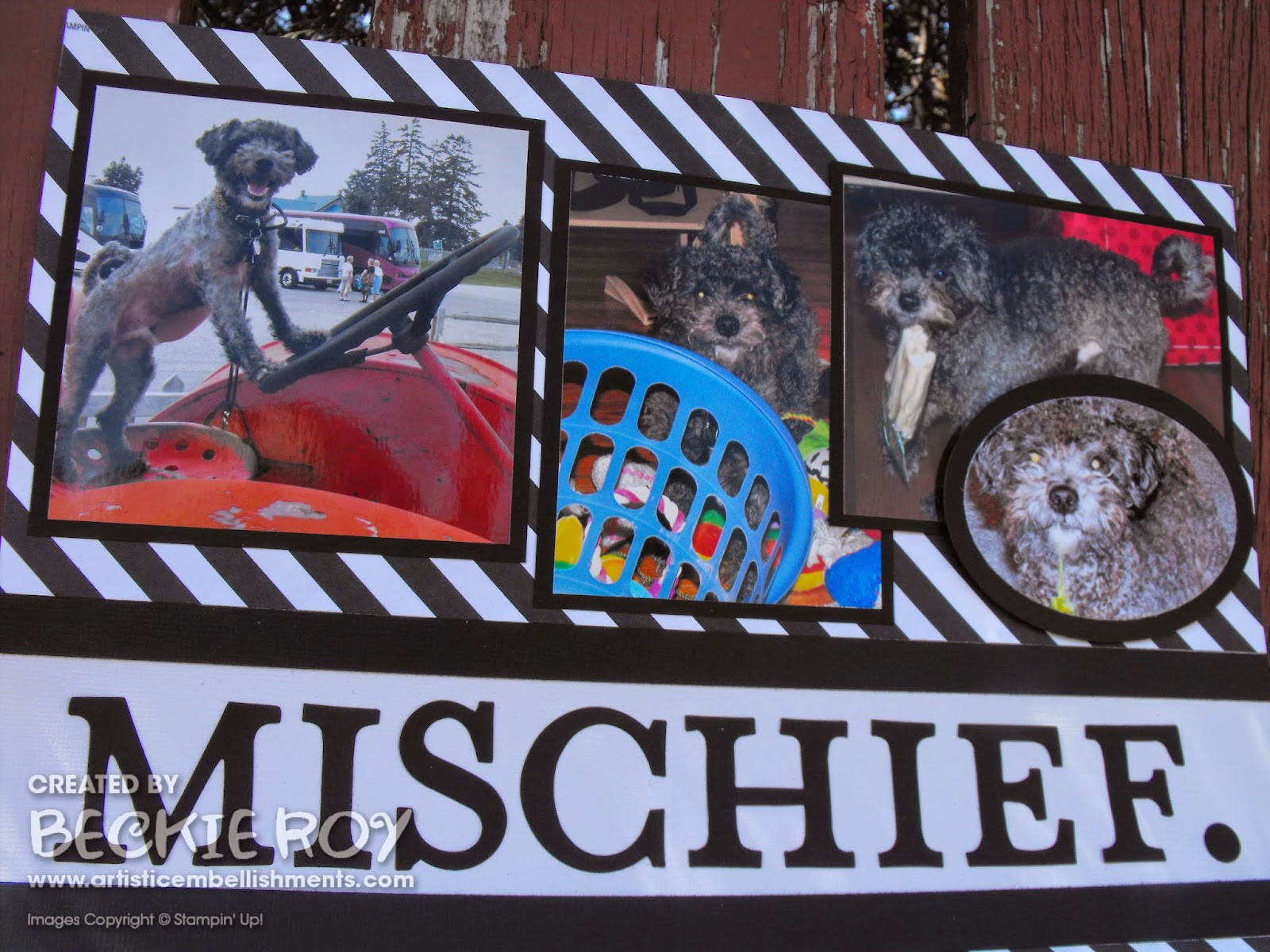 Another of my favourites is the one in the middle - I used to keep all his toys in a laundry basket to keep things tidy... he doesn't like tidy. He pulled the basket from out of the closet and knocked it over since he wanted the toy on the very bottom... The toys were everywhere! 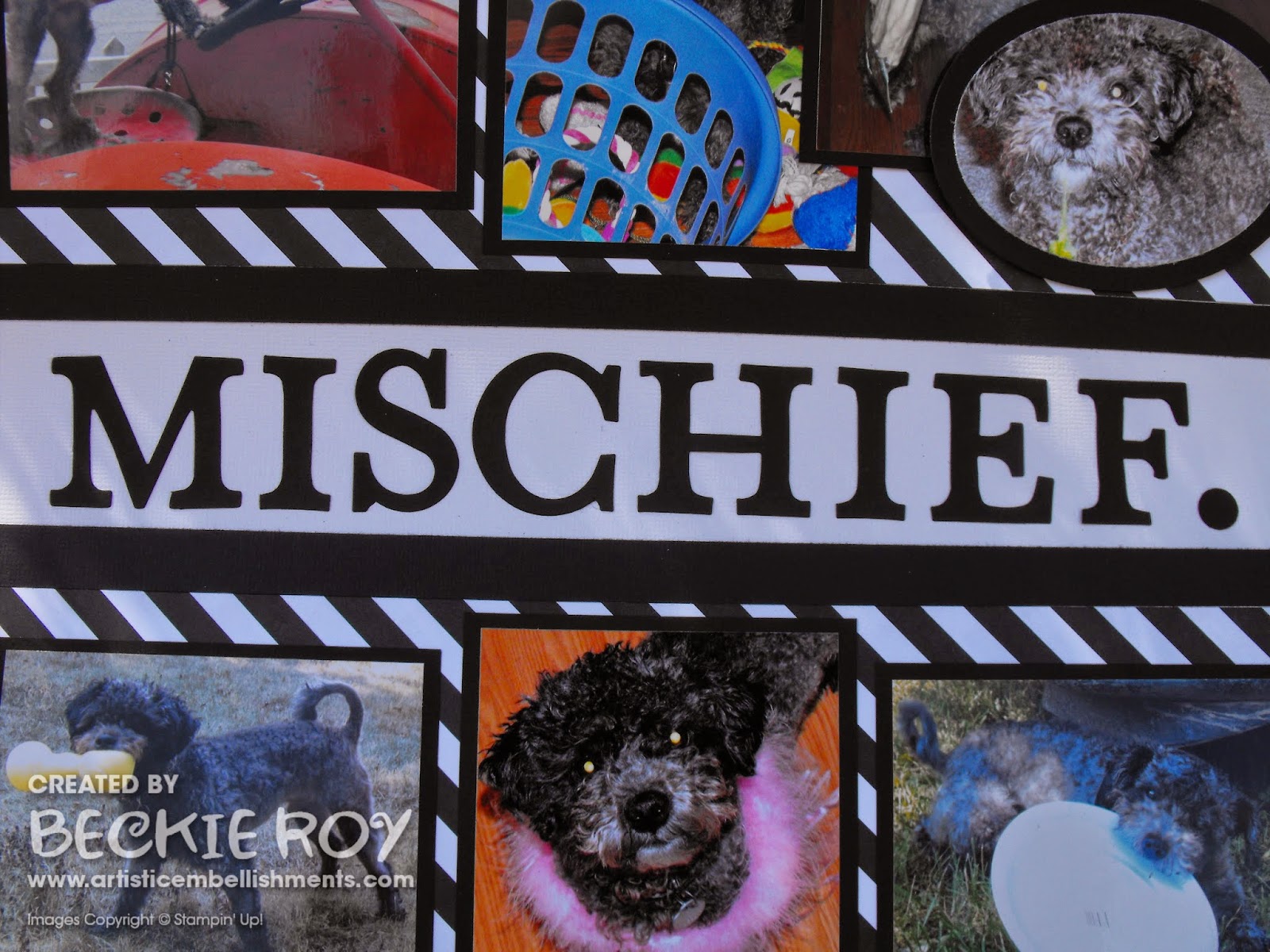 The one with the pink feathers is quite funny. I actually got a 'halo' and 'wand' one year as a joke for my birthday and Tucker decided he wanted to play with it and it somehow ended up around him... I couldn't resist snapping a picture! It kind of looked like a Tutu!!
Well, even though he does get into quite a bit of mischief, it makes for super cute photos!
Stampin' Up! Supplies Used:
Kaleidoscope Designer Series Paper [132995 - $13.50]
Typeset Alphabet Bigz [127553 - $110.95]
Tucker thanks you for checking him out, happy stamping :)﻿
Posted by Unknown at 2:34 PM